Financing pandemic preparedness: Where is the money?

Recent experiences with the Ebola, Zika, and SARS outbreaks have underscored the need for countries to invest in pandemic preparedness, and to do so from an economic perspective as well as in relation to health. A recent Prince Mahidol Aware Conference session explored key domestic policies and interventions to ensure sustainable financing for pandemic preparedness. Dr Benjamin Rolfe, APLMA CEO argued that political engagement is a crucial ‘pull factor’. His abridged comments are summarized below.

I would like to speak today about the importance of leadership in sustaining health security.

The East Asia Summit (EAS) commitment to regional malaria elimination has had very consistent support. Since 2013 actually, leaders have consistently recognized the need for a malaria commitment, ultimately leading to their shared goal to eliminate the disease by 2030 throughout the region.

That commitment gives APLMA our mandate. APLMA is a hybrid: It is an intergovernmental initiative in some ways – we operate ‘under’ the summit; in other ways, we operate as an advocacy organization. I like to think of our secretariat as a policy support initiative: We remind leaders of the commitment that they have made, and we give their senior officials an occasional ‘nudge’ in terms of both supporting and implementing that vision – reminding them that leaders are watching. We do that through a dashboard that we publish every year on country progress towards elimination.

Each summit has also made extensive recommendations around pandemic preparedness, going back to at least 2012. But until recently, there has been no consistent underpinning process, and those recommendations went largely unnoticed. Whereas, I would contend, that the malaria component of the EAS has achieved more traction.

In a sense, this is the results of APLMA’s labours: Domestic resource mobilization for malaria elimination in Asia Pacific. Since 2012, we have seen a 44% increase in domestic financing for malaria; forward estimates indicate another 40% increase between now and 2020.

Is this a success? Is this a good thing?

Well, we have seen this in countries where there has been a general increase in domestic financing for health, so I guess you would argue it is not ‘substitution’. Malaria in this region is a disease of the rural poor, so you would potentially argue it is not ‘regressive’. Malaria is of course a best buy in public health terms, so you could also argue that it is ‘efficient’.

My own view is that this is broadly good news. And I think we have seen that it is also crowded in leadership.

Here, the Australian Foreign Minister is seen standing with Bill Gates. I would argue that it is the positive environment around malaria elimination, the extraordinary results we have seen, and the increase in domestic policy commitment, that have also crowded in the leadership of people such as Julie Bishop.

We have seen a conducive political environment for leadership. But we also face a severe problem in the region: the crisis around multilateralism and the rules-based system. No multilateral actor goes unchallenged – we could talk at length about challenges facing ADB, the World Bank, East Asia Summit, ASEAN, the World Health Organization and others – I see this as a slow-moving crisis in the region.

I don’t believe that the 2030 malaria elimination commitment or subsequent financing has always been driven by a balanced appraisal of evidence. I believe it has been driven by this supportive leadership environment. Technocrats – like most of us in this room – are led to believe that our weighty assessment and generation of evidence leads to important policy decisions. But, of course, we are equally aware that many of the policy decisions are, in fact, not evidence based – they are as much political decisions.

Leadership in the fragmented multilateral system generally lacks consistency and follow through and our core tools and metrics do not always engage the right people. We talk in vague terms about engaging ministries of finance, but health security threats remain under-acknowledged and mis-priced.

And yet, the core function of a nation state is to guarantee the security of its citizens. And states draw their legitimacy from their ability to protect their population. And health security is, as we have been discussing, an economic security problem as much as it is a human health problem. Tools such as joint assessments, investment cases, capacity development frameworks, all have a critical role as ‘push factors’. But it is equally important to develop ‘pull factors’: such as demand through political engagement and metrics that make these intangible risks more tangible.

In this regard, the Health Security Index being developed by Johns Hopkins School with the Economist Intelligence Unit is perhaps particularly important, and how this might be linked to credit risk ratings and sovereign credit ratings, is particularly exciting.

The other tool I would like to mention is the excellent UHC Global Monitoring Report, developed by the World Bank and WHO. The report notes that only half of the world’s 7.3 billion population receive the health services they need, if that.

But I would argue that preparedness must be built on a bedrock of community health systems. We have seen government health expenditures in India and Nigeria hovering around 1% of GDP. These nations will have populations of two billion and half a billion respectively by 2050. That’s a truly frightening prospect. Nobody could argue that in an environment where you have such limited government expenditure on health services, that we can guarantee health security.

My hope is that with the new metrics – for both UHC and health security – we can make a very compelling case for health security/preparedness, but also crowd in leadership by linking this to important economic decisions, such as sovereign credit ratings.

However, we do need stronger systems to sustain this political leadership. APLMA is a very modest example of where this has worked, and there are many others. I think the extent to which we can mobilize leadership behind the health security agenda – in a whole-of-government sense and at a head of state level – will be critical to averting the next pandemic. 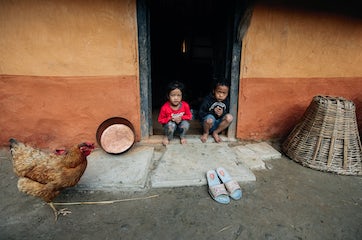 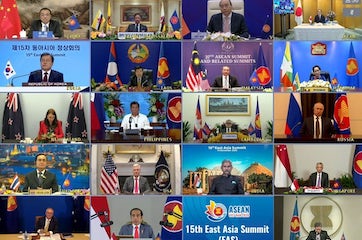