Leaving No One Behind: Indigenous People and the Fight Against Malaria

Each year, August 9th commemorates the International Day of the World’s Indigenous Peoples. Celebrated around the world, it marks the date of the inaugural session of the Working Group on Indigenous Populations at the United Nations in 1982. The Working Group represents a global commitment to  Human Rights and serves a platform for indigenous peoples to share their experiences and raise their concerns at the UN.

Indigenous peoples are the original stewards of the environment, holding the land of their ancestors in trust for future generations. Determined to preserve their unique culture, language, traditions, languages, and knowledge system including health practices, Asia Pacific is home to 70% of the total indigenous population in the world (FAO). India, Indonesia and PNG alone have roughly more than 2300 minority ethnic groups belonging to this community (UN 2019). Not only are they the most marginalized but they are also the most vulnerable to  “diseases of the poor”. With stark differences in health and poverty indicators, national policies often fail to integrate them into socioeconomic programs. Poor access to health services, limited awareness, and social-cultural differences between providers and patients are some of the most extreme challenges that many health systems across the region face to ensure a healthy lifestyle for the indigenous community.

Malaria is increasingly a disease of poverty and inequity, with the most vulnerable communities, at the greatest risk of dying from malaria. In Asia Pacific, malaria still strikes hardest in vulnerable populations living in remote and rural areas, particularly in high burden countries - India, Indonesia, Papua New Guinea, Pakistan and Afghanistan. These impoverished rural areas are often home to indigenous communities who are out of reach of routine medical care and where malaria control and surveillance systems are either non-existent or neglected.

In most if not all of these countries, however, sub-national level data on malaria cases based on ethnicity and geography is not available, which hinders effective elimination strategies and solutions. Factors such as round the year presence of mosquitoes, ideal climates and geographies for mosquitoes to breed, higher mosquito-human contact, malnutrition, low awareness, and poor access to care are just a few of the conditions and challenges that make the tribal and indigenous most vulnerable and susceptible to malaria. Despite this, current malaria interventions are often based on the assumption that the tribal and indigenous share the same health problems as the general rural population. There is vast heterogeneity.

Several epidemiological studies are working towards tailoring the intervention based on the socio-demographic characteristics of the indigenous population in the region. The Mandla Malaria Elimination Demonstration Project in India for example combined a rapid detection (approach (Track fever, Test patient, Treat malaria and Track patient), and treatment with tailored community level solutions, including routine entomological investigations,  behavioral education campaigns and capacity building for community health workers to reduce the indigenous malaria cases by 91% (Bharti, P.K., Rajvanshi, H., Nisar, S. et al. 2020), suited to the needs of that particular community. Similarly, Odisha, state with highest malaria burden in India, employed innovative folk troupes' performance and health alerts in local languages which supported the cases drop by 50% in 2017 (WHO 2018). The project is proof that malaria can be managed within these communities. It is therefore critical that we endeavor to work towards a whole-of-society approach; one that considers and integrates the unique cultural and environmental needs of indigenous communities in malaria elimination strategies. The indigenous community need to be actively involved in every process of the elimination strategy including key decision making to maximize impact. It all starts with ensuring they have a voice and a seat at the table.

This International Day of the World’s Indigenous Peoples, the UN have called for the building of a new social contract. One that expresses genuine cooperation and partnership for the common good to ensure “no one is left behind” and put a stop to the age-old legacy of exclusion and marginalization. The Covid-19 pandemic has further exposed the inequalities and is a prime opportunity for us to come together as a health community to actively advocate for recommendations from Indigenous people, integrate their unique needs within malaria elimination strategies and interventions but also highlight where more research is required. Disaggregated data for decision making, strengthened supply chains, sustainable financing support, and whole-of-society partnerships will play a key role in the path to malaria elimination and help strengthen the health system in indigenous communities to prepare against current and future outbreaks.

As long as malaria exists, it will be an engine of inequality, burdening the poorest and most vulnerable communities, and will always have the potential to resurge in times of crisis.  Ridding Asia and the world of malaria will lead to healthier, more resilient communities that are better able to thrive, prosper and confront new health challenges as they arise. 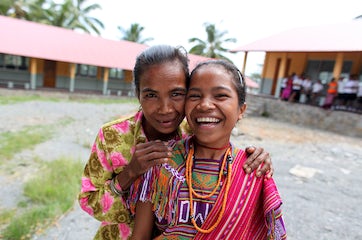 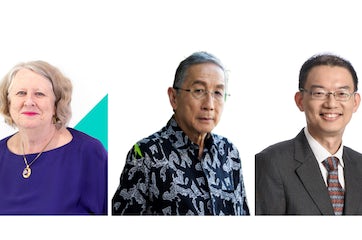