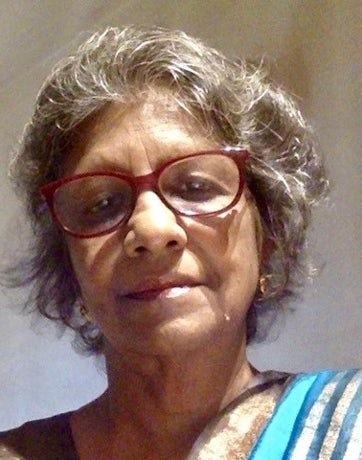 Professor Emeritus Kamini Mendis M.B., B.S.,  MD.,  PhD.,  DSc. is a renowned malariologist and an internationally recognised medical scientist and public health expert. She was a Professor at the Faculty of Medicine, University of Colombo where she established and led a research group the work of which is internationally acclaimed.  She helped establish the Global Forum for Health Research in Geneva in 1997. And was later instrumental in the planning and launch of the World Health Organisation’s global flagship programme on Malaria, the Roll Back Malaria Initiative in 1998. Thereafter she served as a senior professional in the World Health Organization until retirement.  Professor Mendis has made several original scientific contributions in the field of malaria and has contributed significantly to training the next generation of scientists and building capacity in research and public health. She is currently an adviser on tropical medicine, health research and disease control to the Ministries of Health of Sri Lanka and other countries in the Southeast Asian region and to several international agencies in Europe and USA. She has served and serves currently on international expert committees on health including in the World Health Organisation, Geneva in the Malaria Policy Advisory Committee until 2018, and now in the Malaria Elimination Oversight Committee, and in expert committees the World Health Organisation Southeast Asia Region.